Michael E. Fox Sr. was born in Chicago in 1936. He completed his education in the Midwest, both at Notre Dame University and the Siebel Institute of Technology, where he obtained a postgraduate degree in Brewing Science and Technology. In 1959, he married Mary Ellen Croke and they moved to San Francisco where they began their family of six children.

Mr. Fox has served on many boards in the community, which have included a chairmanship of the Eastfield Ming Quong. He founded and chaired the very successful Santa Clara County Valley Medical Center Foundation with an initial gift. Today, this foundation is most prominent and serves many thousands of people in our community. He has also chaired the Board of Regents of Santa Clara University, the San Jose Metropolitan Chamber of Commerce, and the National Conference of Christians and Jews. He has chaired the Foundation Board of West Valley Mission Colleges, where the new Science and Technology Center on the West Valley campus will be named the M.E. Fox Center. He has served on many educational boards, including Downtown College Preparatory, Nativity School, Santa Clara County Education Task Force, and Bellarmine College Preparatory. He was a long-time director of San Jose Technology Museum of Innovation. He has been involved in politics at the city, state, and federal levels.

He enjoys friendships with all elected officials of all parties. He has been honored by twenty civic, charitable, and religious organizations since 1988. These include Philanthropist of the Year, to the most recent Equestrian Order of Pope Saint Sylvester Knight Commander. He enjoys a Papal Knight of Malta status within the Catholic Church. He also has an award from Pope John for Education and Church. He and Mrs. Fox have also been awarded the 2007 PACT Leadership in Action Award along with Father Locatelli. On October 31, 2015, the brands of M.E. Fox & Company were sold to DBI Beverage and Anheuser Busch. Mr. Fox maintains interest in many beverage opportunities. 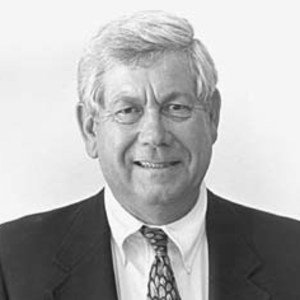