About Davide B. Vieira

Davide Vieira is a San José native old enough to remember when Silicon Valley was known as The Valley of Heart’s Delight and home to orchards and dairy farms. His family owned a ranch just south of downtown where Davide enjoyed roaming the hills and playing in Canoas Creek as a youngster.

Davide retired in 2011 after working thirty years as a software engineer for IBM. He started when a computer was the size of a room (minus peripherals) and left when a computer could fit in your pocket. In his early years, Davide worked on software that runs Fortune 500 companies. The second half of his career had him developing Web properties, highlighted by his tenure as webmaster for the IBM Year 2000 Technical Support Center. Given his engineering background, Davide has volunteered his Web development skills to create and maintain Web sites for nearly a dozen non-profit organizations for years.

Davide is a community leader in the Five Wounds/Brookwood Terrace area of San José. He serves on the steering committee for CommUniverCity, uniting the Community (Five Wounds/Brookwood Terrace), the University (SJSU), and the City (San José). This nationally-recognized organization builds community by engaging residents and students in service learning projects that accomplish neighborhood-driven goals.

Davide played a key role in working with planners from the City of San José to convert the community’s 210-page Five Wounds/Brookwood Terrace BART Station Area Community Concept Plan into the first four urban village plans approved by the City Council for inclusion in the General Plan in 2013. The original Concept Plan was spearheaded by CommUniverCity in the neighborhoods around Five Wounds Church to capture the community’s vision of future development within a mile of the proposed subway BART station behind Five Wounds Church.

Over the past three decades, Davide has volunteered on countless boards, councils, committees, coalitions, associations, and task forces. More recently, he served on the Founders Circle of the nascent Cristo Rey San José Jesuit High School and was on the team that developed the school’s feasibility study. He is also active in the Five Wounds Portuguese National Parish where Cristo Rey San José will be located.

Davide is Jesuit-educated, having attended Bellarmine College Preparatory and Santa Clara University where he earned a degree in Mathematics and met his future wife Theresa in an Abstract Algebra class. They live in East San José where they raised their two sons, both Bellarmine graduates like their father. 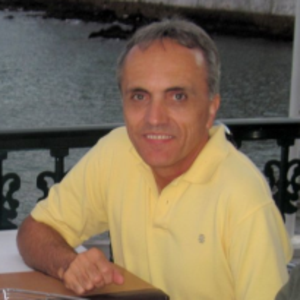