Dr. Colleen Wilcox most recently served as the Executive Director of the Alliance for Teaching, an initiative to improve the status of teaching and the stature of teachers throughout Silicon Valley.
Prior to assuming that role, Dr. Wilcox served as a superintendent of schools for 20 years, most recently as the County Superintendent of Schools for Santa Clara County for 14 years where she managed its $250 million budget and a staff of over 1,900 employees.
Her 36 years of experience in education include teaching, speech and language pathology, and administration. Dr. Wilcox was a superintendent in the Chicago area, and has also worked in educational administration in Tucson, Arizona and in Los Angeles, California.
She founded Silicon Valley Reads, a community-wide reading program for young people and adults and initiated Fit for Learning which serves area schools in combating childhood obesity and poor health. She also founded the Web-based program Hats Off to Teachers which offers discounts of goods and services to Bay-Area teachers.
Dr. Wilcox has earned appointments to numerous boards, including: Past Chair of the Metropolitan YMCA, President of the Horace Mann League of the United States of America, and Chair of the Commonwealth Club of Silicon Valley. In 1999, she served as the President of the California County Superintendents Educational Services Association and was selected as the California Superintendent of the Year. She was also selected by the Women’s Fund for its Woman of Achievement Award and was inducted into the Silicon Valley Business Hall of Fame by Junior Achievement in 2004. In 2005, she received the prestigious John D. Crummy Legacy Award, the YMCA of Santa Clara Valley’s highest honor. In 2010, Dr. Wilcox received the Friend of Horace Mann League Award and the Distinguished Service Award from the YMCA of Silicon Valley.
Dr. Wilcox holds a Ph.D. from the University of Southern California; an M.S. in Speech Pathology from the University of Arizona; and a B.S. in Speech and Hearing Sciences from the University of Iowa. She has served in the Peace Corps in Guatemala, written numerous professional articles,and authored and illustrated two children’s books.
More recently, Colleen has served as the Chair of the Arts Commission in Los Gatos and is actively sculpting in bronze. 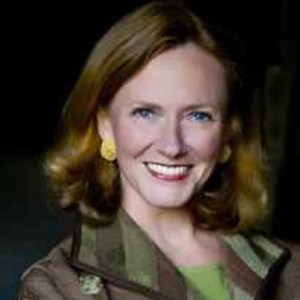